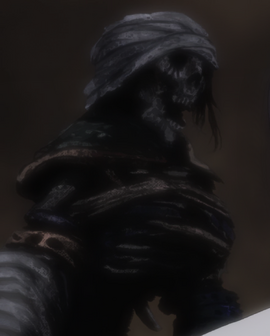 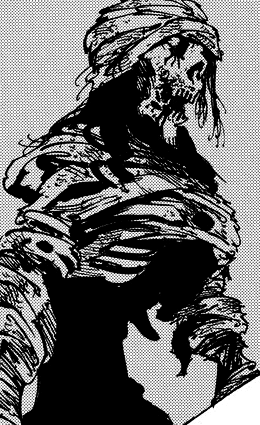 Ancient Revenant Anaon「太古の幽鬼アナオン」 is a wild creature similar to an undead. One of such is contained within a Goddess Amber used by the Druids of Istar for their training.

An Anaon was one of the creatures that Griamore and Slader found in the Cave of Training and ends up turning Griamore into a child, because his greatest fear is to lose all the strength and muscle mass he had acquired in his training and return to be that helpless child. The spell is removed after Veronica kisses him.

Anaon's main ability is to reach into the psyche of an individual and transform them into whatever creature they fear or detest the most.[1] A kiss from the person the victim loves is all it takes to dispel the magic.

Retrieved from "https://nanatsu-no-taizai.fandom.com/wiki/Anaon?oldid=136359"
Community content is available under CC-BY-SA unless otherwise noted.