Episode 22 (S2)
Ark「, Āku; literally meaning "Holy Chest"」 is a Magical Power exclusive to the members of the Goddess Clan and their descendants of the Celestial Clan, as they possess a deep connection to Light.

Ark is a magic power that uses light particles,[5] which is utilized by the Goddess Clan. It can be used in different ways: energy beams, explosions, solid energy blades, barriers, myriads of projectiles, golem etc.[6] Highest-ranked goddesses, such as the Four Archangels, can use Ark on a massive scale.[7]

The target is often enveloped in a sphere of dazzling light that suspends it between life and death and drains all of its magical energy, before shattering its bodies. It is mostly used to counteract darkness by disintegrating it, though it can also cause physical damage. It is highly effective against the Demon Clan and the Vampires due to their powers of darkness, more neutral yet strong to the other races while being least effective on other goddesses.

As descendants of the Goddess Clan, the Celestials can use Ark as well, but at a much less powerful level.[8]

Elizabeth using her Ark against Derieri 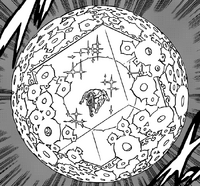 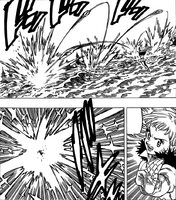 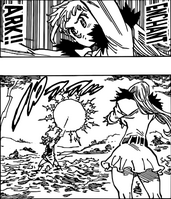 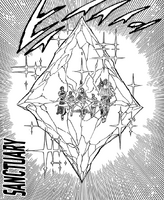 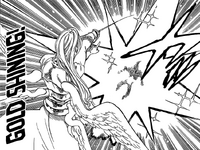 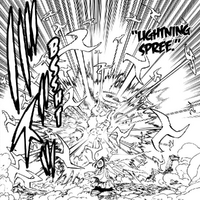 Ludociel using Ark as a beam 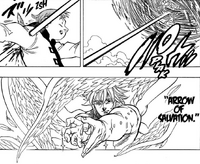 Mael using Kyusai no Ya

Sariel and Tarmiel using Omega Ark on the Demon Army 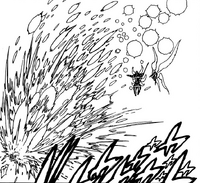 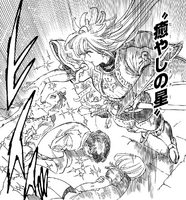 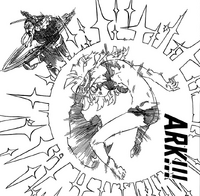 The Celestials using all combined Arks

The Supreme Deity using Ark against the Sins

Ludociel using Ark as a beam