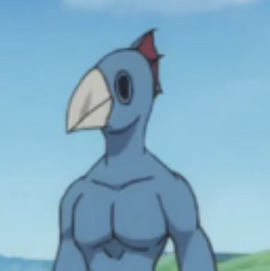 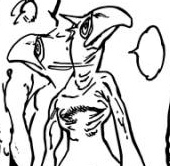 Calzzo「カルツォ Karutso」 is a Blue Demon that served Gloxinia and participated in the Great Fight Festival.

Quazzo is a blue demon, a giant, bird-like creature with muscular physique. Blue Demons arms resemble wings and they have coxcomb-like features on their heads. Compared to some other blue demons, Calzzo has a small body and build.

Calzzo is teamed up with Dolzzo to fight against Meliodas and Ban.

After trying in vain to defeat the duo, Calzzo is inadvertedly killed by Ban with a single punch.

Retrieved from "https://nanatsu-no-taizai.fandom.com/wiki/Calzzo?oldid=145828"
Community content is available under CC-BY-SA unless otherwise noted.