The Contenders That Dance a Frenzied Jig 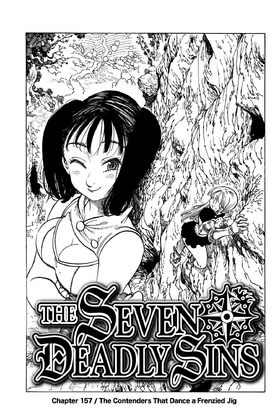 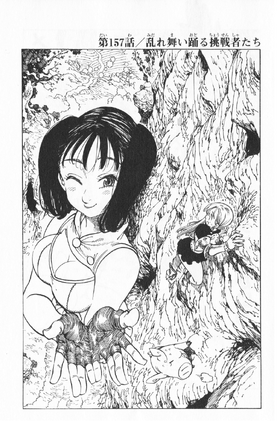 The Contenders That Dance a Frenzied Jig'「乱れ舞い踊る挑戦者たち Midare Maiodoru Chōsensha-tachi」 is the 157th chapter of the manga, Nanatsu no Taizai.

Q146 PN Takashiki-san (from Osaka): After the passing of his wife Anna, has Dreyfus dated any other women?

Nakaba: No. He only ever had eyes for Anna.

Retrieved from "https://nanatsu-no-taizai.fandom.com/wiki/Chapter_157?oldid=105011"
Community content is available under CC-BY-SA unless otherwise noted.