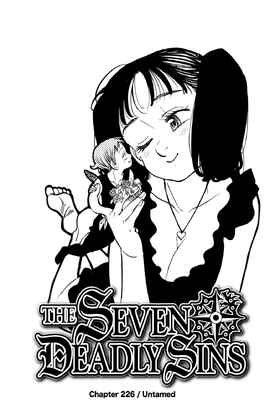 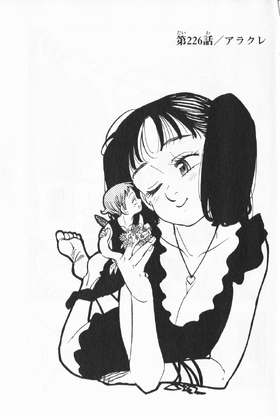 Wild「アラクレ, Arakure」 is the 226th chapter of the manga, Nanatsu no Taizai.

Meliodas charges directly against Zeldris, even knowing it was likely a trap. It turns out that Zeldris was just an illusion created by Melascula. Then, the Commandment uses "Antan no Mayu" to capture Meliodas inside, while the other Sins have to fight against an army of skeletons. Melascula reveals to Meliodas her plan to keep him there for three days, until Elizabeth finally dies. At the same time, the cocoon absorbs Meliodas' rage and negative energy, redirecting it to the skeletons that are fighting against the rest of the Sins to fortify them.

Q232. Dokumushi-san (From Niigata Prefecture): Nakaba-sensei, between buildings, rocks and plants, what is the easiest for you to draw?

The Last Page of Chapter 226