Episode 19(S2)
Curse「, Kāsu」 is a curse-inflicting power possessed by Grayroad of the Ten Commandments.

Curse is a power that enables its user to inflict their targets with various kinds of ailments, making it possible to defeat enemies without having to resort to violence. 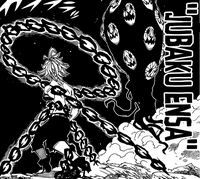 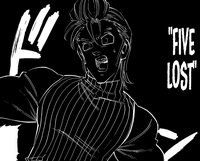 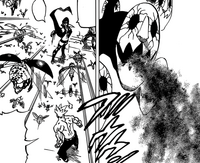