The Fairy King Waits In Vain 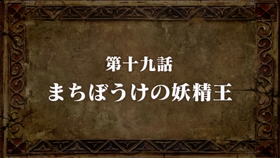 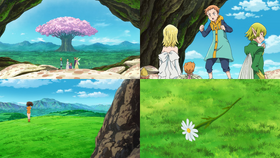 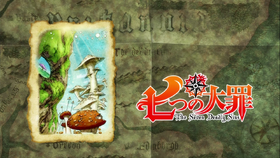 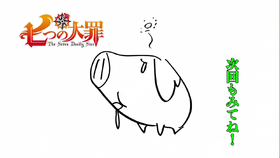 The Fairy King Waits In Vain「まちぼうけの妖精王 Machibōke no Yōsei-ō」 is the 19th episode of The Seven Deadly Sins anime series.

In the past, King met Diane when she was a child inside a cave, and they bonded as friends for many decades, though it seemed like just a few days have passed. King gradually recovered his memories, remembering that his fairy race was killed by a man wearing an eyepatch named Aldrich.

When a nearby village was attacked, King left Diane with the promise that he would return. Helbram, who took on the form of Aldrich, was behind the attack due to his hatred of humans. After subduing Helbram by piercing a white rose through him, King was sentenced to a thousand years in prison, taking responsibility for the attack.

In the present, King manages to defeat Helbram, who is finally able to rest in peace and atone for his grudge against humans. Meanwhile, after Arthur is overwhelmed by Hendrickson, Meliodas jumps in the scene.

King narrates a flashback where we learn that he'd lost his memory and only remembered the face of the man who attacked him. It turned out to be Helbram. He also tells us that he was found by a little giant girl, Diane, and taken care of by her. King reflects that that was a very happy time for him. One day, King is flying overhead looking for Diane when he spots her with a human. Later, he tells her that she shouldn't trust humans because it'll just come back and bite you in the butt. He remembers having the same conversation with Helbram, having warned him about humans too. When he wakes up, he tells Diane that Helbram was his best friend.

Diane catches a cold and King says that he's going to go get some herbs. Diane asks him not to leave her alone. This makes him remember a conversation he had with his sister, Elaine before he left to go after Helbram. Luckily, a hunter finds their cave and is able to give Diane the medicine she needs. King learns from the human that it's been a couple of decades since he last saw them which surprises King. Diane and King are playing around when Diane accidentally rips her clothes. King makes her an orange jumper to replace the rag that she used to wear. This reminds him of a time that he bragged about making his own clothes after having watched humans do it. Elaine reminded him about his duty of guarding the Fairy King Forest.

They find a human village and run into the hunter's family. He refers to Diane and King as a couple prompting Diane to ask what that is. King explains the concept and Diane asks if he loves her the way other couples love each other. King says yes and that he promises to love her forever. King remembers when Helbram and other faeries were captured by a man with an eyepatch and how he is the Faery King. The human village is attacked and King leaves Diane to go see what's going on. He promises to return. In the village, he finds all the humans slaughtered by the same man who attacked him. King learns that it's Helbram in disguise, having assumed that form after having killed the man for supposedly killing King.

Helbram tells him that the reason he slaughtered the humans was because they stole the wings from faeries to sell. That he's been killing to make the voices of the fallen go away but he can still hear them despite how many humans he's killed. King throws a white rose threw Helbram and kills him. He doesn't return to Diane but instead takes responsibility for the killings and is sentenced to a 1000 years imprisonment. In the present, King is facing off against Helbram. King asks him if he still wants to destroy the human race and Helbram says that he can't stop himself anymore. They fight using their magic and King wins.

Helbram falls to the ground and King approaches him with Helbram's helmet. Helbram tells King that the helmet was supposed to be a gift for King and that he'd gotten it from one of the humans. King calls him an idiot just as Helbram dies. King apologizes to Diane for making her face that alone and she says that it isn't his fault. Diane comments that King's name Harlequin sounds familiar but can't place it. King says that it was probably from a dream. Howzer asks King and Diane why they came to the capital if they weren't going to overthrow the kingdom. King tells Howzer that they came to rescue Elizabeth who's been abducted.

Meanwhile, Hendrickson and Arthur Pendragon battle it out. Hendrickson is suspicious of Arthur because he realizes that he might know about the imprisonment of the king, the kidnapping of the princess, or the plan to resurrect the demons. Hendrickson uses Hellblaze Scream to finish off Arthur but it is repelled by Meliodas. Meliodas tells Hendrickson that he's not leaving without Elizabeth.

Retrieved from "https://nanatsu-no-taizai.fandom.com/wiki/Episode_19?oldid=149483"
Community content is available under CC-BY-SA unless otherwise noted.