Ground「, Guraundo」 is a power used by Drole of the Ten Commandments.

Ground appears to be identical to the Giant Clan's standard power, Creation. How it differs from Creation is not yet known. Like Creation, it allows him to manipulate the earth, and gives him a deep connection with nature.

Drole has also been shown to use Ground in concert with his sacred dance, the combination of which allows him to gradually increase his power and connection with nature, and even cancel out the abilities of the basic Creation power used by his fellow clansmen. 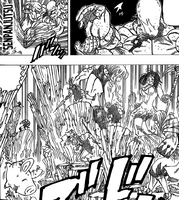 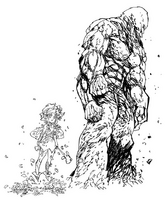 Drole creating a Clay Doll of himself 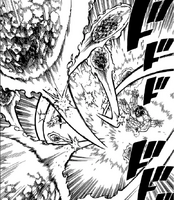 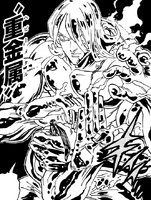 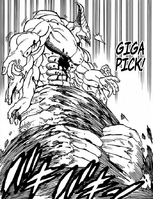