Hellblaze「, Herubureizu; literally meaning "Hellfire"」 is a demonic technique utilized by members of the Demon Clan, as well as at least one human. It makes use of the Demon's signature Purgatory Fire「煉獄の炎, Rengoku no Honō」, an inextinguishable black flame.

Hellblaze is a dark power connected to the darkness of the Demon Realm. It allows the user to generate and control black flames that cannot be extinguished. In addition to its immensely devastating power, the flames also nullify any regenerative abilities including that of an immortal.

In battle, Hellblaze can be imbued upon weapons through an Enchant: Hellblaze「・「」, Enchanto: Herubureizu」 spell to drastically increase their destructive potential, hurled as fireballs at an opponent or used in hand-to-hand combat. 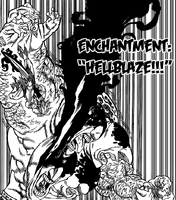 Hellblaze's effect on a Demon

Result of an immortal's regeneration nullified by Hellblaze

Hendrickson infusing his shortsword with Hellblaze 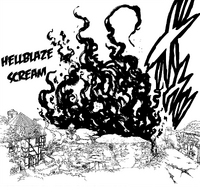 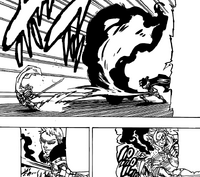 The burning effects of Hellblaze 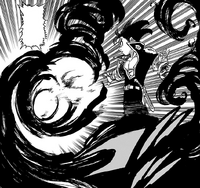 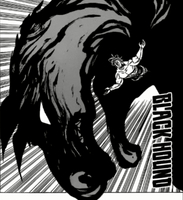 Meliodas attacking a demon with Hellblaze