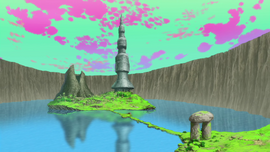 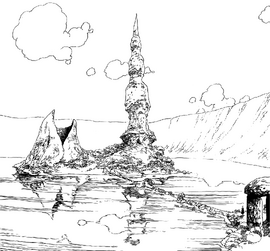 Episode 8 (S2)
Istar「イスタール Isutāru」 is the sacred land of the Druids.

Istar is the peaceful, sacred ground of the Druids, the same place where Hendrickson was born and raised until he was kicked out for slacking off his duty. The sacred land was later invaded by trolls and their queen, until Bartra Liones sent the Seven Deadly Sins to aid the Druids. They successfully saved them, but end up destroying their altars. When the Deadly Sins were framed, Merlin went to Istar and gave them Meliodas' strength for safe keeping when the latter nearly lost control and almost destroyed Liones.

The entrance to Istar 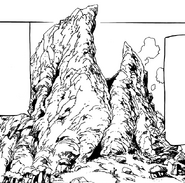 The Cave of Training

Retrieved from "https://nanatsu-no-taizai.fandom.com/wiki/Istar?oldid=150471"
Community content is available under CC-BY-SA unless otherwise noted.