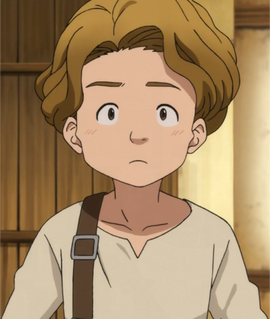 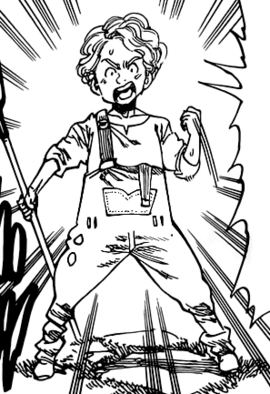 Luigi「ルイジ Ruiji」 was a citizen of the village that is at the entrance to the Capital of the Dead. Together with his sister, they guide people to enter the place even though they are no longer alive.

Luigi wears an overall on top of a plain t-shirt, with one of the straps unattached. He has relatively curly hair and is fairly short.

Luigi is very protective, and does not hesitate to attack strangers that may harm his sister.

Luigi has demonstrated no particularly special physical capabilities, but he wields a garden fork. However, he and his sister are actually deceased ghosts.

The fate of his relatives and family is not revealed, but he loves his sister very much and cares about her well-being.

Retrieved from "https://nanatsu-no-taizai.fandom.com/wiki/Luigi?oldid=139131"
Community content is available under CC-BY-SA unless otherwise noted.