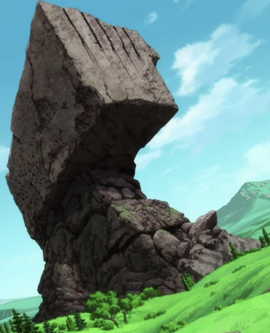 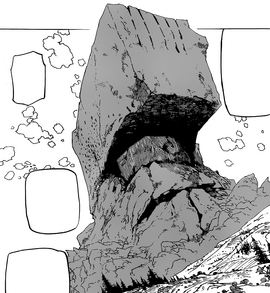 Megadozer「メガドーザ」is the homeland of the Giant Clan. It is located over 300 miles north of Camelot.

Megadozer is the place where the Giants are born and live when they are not making a commission. The Giants co-exist with humans, the humans provide them with battles and money, or other rewards, and the giants provide the humans with power. Diane fled from there as a child because of her hatred of fighting, but returned a while later after Gowther erased her memories.

When Diane lost her memories of the rest of the Sins and Elizabeth due to Gowther's Lost World, she leaves Camelot to return to her hometown. Unfortunately, in order to reach her route to Megadozer, the amnesiac Serpent's Sin of Envy will have to pass through Edinburgh where she encountered Galand and Monspeet of the Ten Commandments, and would have been in trouble if it weren't for the timely rescue by Matrona.

Retrieved from "https://nanatsu-no-taizai.fandom.com/wiki/Megadozer?oldid=149118"
Community content is available under CC-BY-SA unless otherwise noted.