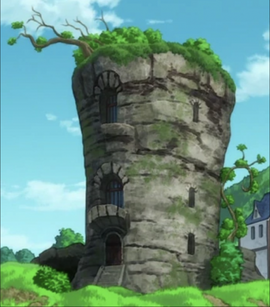 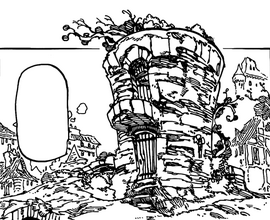 Merlin's Temporary Magic Research Shed is a small structure Merlin used to conduct her Magic research and items relocated after her castle was destroyed to near obliteration during the Sins' infiltration of the Kingdom of Liones.

After the near destruction of Hendrickson's Magical Research Facility, Merlin had salvaged any remaining magic items that survived during all the battles occurred there and relocated them in a small shed where she can continue her Magic research and create new items temporarily until the castle is rebuilt.

The shed has been visited by her fellow Sins on several occasions.

Retrieved from "https://nanatsu-no-taizai.fandom.com/wiki/Merlin%27s_Temporary_Magic_Research_Shed?oldid=109323"
Community content is available under CC-BY-SA unless otherwise noted.