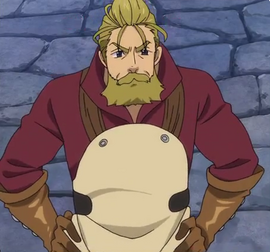 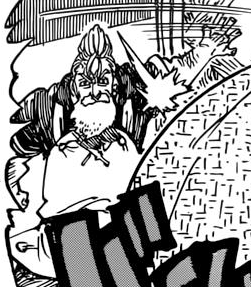 Raizer has dark blond hair slick back like his son and has dark brown eyes. He has a beard and mustache, and dressed in a blacksmith's outfit.

Raizer is shown to be a gruff, short-tempered man, often being short with his son, who he considers to be a slacker. However, he is shown to be friendly and cordial with Griamore and Gilthunder .

He is mentioned to have opened a blacksmith shop.

Raizer appears shortly smacking his son Howzer in the back of the head in front of his son's friends, Gilthunder and Griamore.

Retrieved from "https://nanatsu-no-taizai.fandom.com/wiki/Raizer?oldid=151886"
Community content is available under CC-BY-SA unless otherwise noted.