For Whom Does That Light Shine? 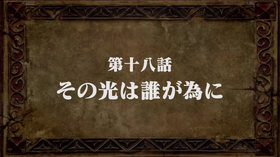 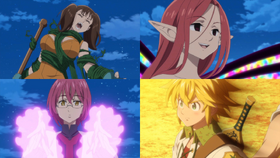 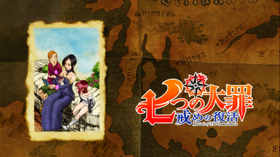 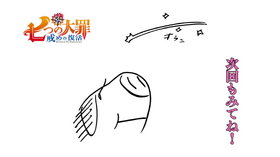 For Whom Does That Light Shine?「その光は誰が為に Sono Hikari wa Ta ga tame ni」 is the eighteenth episode of Season 2 of the The Seven Deadly Sins anime.

King and Diane continue their battle against opponents summoned by Gloxinia and Drole. Escanor refuses to fight against his fellow ally Gowther.

Deldry thanks Dogedo for saving them when Fraudrin changed his mind and decided to not let them escape. Arden says that at least they don't have to worry about Fraudrin anymore since the spell that Denzel used on him won't let him get much sleep. Fraudrin doesn't see the ghosts visiting him as a challenge. He tried to remove the symbol that Denzel carved into him but it just reappeared somewhere else on his body. It makes him wonder why that person's soul hasn't appeared yet.

Diane is amazed by King but wonders why it took him so long to fight for real. King continues to protect Diane but it's taking a toll on his body. He thought he destroyed Gloxinia flower servant but it just regrew itself. He uses another attack and this time manages to incinerate the flower servant. King collapses to the ground and Diane asks why King went so far to protect her. King is about to answer when he gets punched. Apparently, the Drole golem survived. It continues to attack both King and Diane. Diane tells King that it's her turn to protect him because she wants to learn what they mean to each other. She creates her own golems but the Drole Golem takes them out quickly. King tells Diane that she has to see the golems clearly in her mind in order to give them a true body and power. She nods and creates golems out of her friends: Matrona, Meliodas, Elizabeth, Hawk, and even King. The Drole golem takes out Matrona, Meliodas and Elizabeth leaving only Hawk and King. King doesn't believe that his golem is going to be any help but it actually defeats the Drole golem. Taizoo announces that Diane and King are the winners.

Jericho asks Gowther if he's really going to fight Hawk and Escanor. Gowther says yes because he wants to use the wish to wish for a heart.

Gustaf and Guila arrive at Denzel's headquarters. Gustaf asks if the Ten Commandments are really as terrifying as they're made out to be. Denzel says yes. Guila informs them that King Bartra has sent spies to investigate but hasn't heard back from any of them. Deathpierce says that one spy did return and its a fairy that only he's been able to see since he was a little boy. The fairy tells him about how nine towns and villages were attacked by the Ten Commandments. They devoured all of their souls. Also, the Kingdom of Camelot has fallen and has been taken over by Zeldris. Denzel tells Guila to return to Liones and to let them know that they are not only going up against the Ten Commandments but also Gowther.

Jericho tries to tell Gowther not to hurt his friends to get what he wants because in the end he's only going to hurt himself. Escanor tries to convince Gloxinia into letting him forfeit the tournament because he was only here to deliver alcohol and doesn't want to fight his friends. Gloxinia says that that's what makes this festival so much fun. Escanor calls out to Meliodas but Meliodas's expression is unreadable. Jericho and Hawk try to stop Gowther but he takes them out. Gowther uses his magic and forces Escanor to come up to him. He makes Escanor see horrible visions of his past and of Merlin. Instead of breaking Escanor's spirit, the visions induce him to pseudo-transform into his day form. Then, Escanor summons his sacred treasure Rhitta and uses it to charge up his magic. Ban wants to go stop him but Meliodas says that they need to trust Escanor. Gloxinia is excited about this development because that's what a festival is all about. Escanor says that for toying with other peoples hearts they'll atone with their flesh. He brings down his battle axe just as Gowther shoots an Invasion arrow at him. There is a bright light but then it fades. Escanor falls to the ground having been impaled by Gowther's magic. Jericho tells Gowther that he doesn't see what's in Escanor's heart and that that's what he was trying to show him. She points at a colossal pit where both Gloxinia and Drole have been knocked out by Escanor's attack. Gowther is shocked to learn that he wasn't the target at all.

Retrieved from "https://nanatsu-no-taizai.fandom.com/wiki/Revival_of_The_Commandments_Episode_18?oldid=116178"
Community content is available under CC-BY-SA unless otherwise noted.