The Fairy King Who Waited In Vain 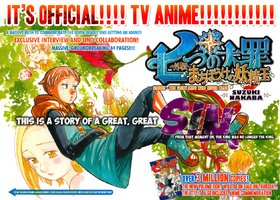 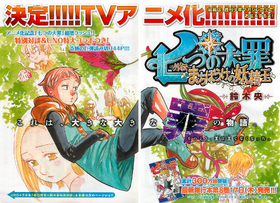 The Fairy King Who Waited In Vain「まちぼうけの妖精王 Machibōke no Yōsei-ō」 is the second side story of the Nanatsu no Taizai manga.

The Fairy King, Harlequin, had lost his memories during an unknown event, and encounters a young Giant, Diane, who he protected and cared for, for five hundred years. However, the Fairy King's past will soon come to haunt him.

There was no fights or events in this chapter.

Characters in order of appearanceEdit

Retrieved from "https://nanatsu-no-taizai.fandom.com/wiki/Side_Story_2?oldid=89240"
Community content is available under CC-BY-SA unless otherwise noted.