Chapter 19
Snatch「, Sunacchi」 is a power possessed by the Fox's Sin of Greed, Ban.

Snatch, according to King, is an ability that enables its wielders to "rob" physical objects and the abilities of other creatures, without making any actual or direct contact, because it is an intangible attack.[1] "Robbing" objects seems to have the effect of stopping the particular object's motion, and also allows the wielder to grab and pull it; such an ability can be used to stop the usage of equipment during a battle.[2] One drawback is that while the weapons themselves become unusable, techniques that do not require motion are not restricted. This attack is extremely dangerous if used properly, because it bypasses any obstacle on its way, this includes: magic based barriers, armors, battle equipment, etc. [3]

Wielders are also able to basically steal the physical abilities of their opponents, including speed, stamina and raw strength, and add it to their own, thus strengthening themselves, and weakening their opponents.[4] At his peak of stolen power, Melascula comments his power level roughly surpasses that of Galand at his 26,000 base level, which was heavily weakened.[5] The amount of strength Ban can steal is limited as his body can only contain so much before he reaches his maximum capacity. The advantages this ability gives to his wielder are very good, but there has shown ways to counter it (Which are only two ways) First is by having a power/strength beyond Ban’s own. Second is by manipulating your anatomy (changing or moving parts from your body) in order to confuse Ban since in order for him to steal a body part he needs to know where is located (as shown in the fight against Melascula). This ability becomes less dangerous when the intent is not killing, but stealing, hold or restrain instead (as shown when he tried to grab/restrain Wild. Later in their group conversation Meliodas states that Ban could’ve killed Wild if he wanted to, but that were not his intentions)[6]

After sixty years of failed attempts to steal the Demon King's abilities with Snatch (and getting his own power absorbed instead), Ban starts to feel the sensation of "giving" instead of "taking", and becomes capable of seemingly "give" his own power and strength to others, healing and strengthening them as result. Being immortal, Ban runs no risk of exhausting his life force.[7] However, after transferring the power of the Fountain of Youth to Elaine in order to prevent her from dying, Ban loses his immortality and can no longer infinitely give away his life force. 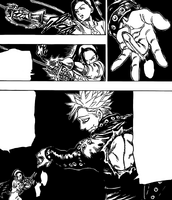 Ban taking all of Meliodas power while being punched 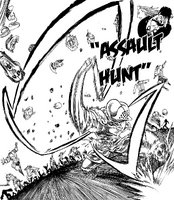 Ban using Zero Sign, and walking in the presence of The Ten Commandments 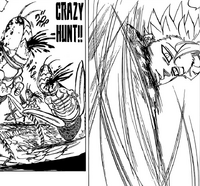