Tempest「, Tenpesuto」 is the power of the Great Holy Knight, Howzer. It gives him the ability to form and manipulate the air into violent windstorms.

Howzer's usage of his abilities involves the formation of twisters, most of them medium sized, but very strong[1], with his most powerful being one whose size and magnitude resembles an actual tornado.[2] His winds are sharp enough to tear through clothes and the like to pieces.[3] 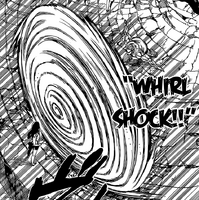 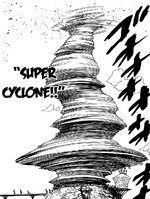 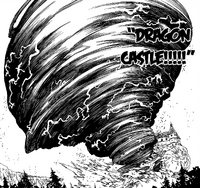 Thunderbolt and Tempest combine to use Dragon Castle 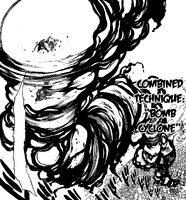 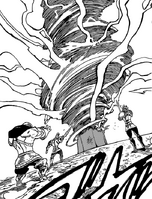