The Seven Deadly Sins: Dragon's Judgement「七つの大罪 憤怒の審判, Nanatsu no Taizai Funnu no Shinpan」 will be the fourth and final television anime adaptation of the manga series of the same name.

Dragon's Judgement was going to air originally in Japan during Fall 2020, but due to the COVID-19 pandemic, it was postponed[1] and later confirmed to premiere on January 13, 2021.

It is the sequel to The Seven Deadly Sins: Wrath of The Gods. 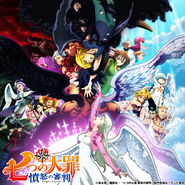 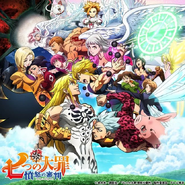 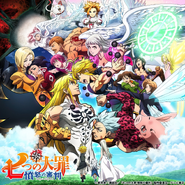