The Seven Deadly Sins: Prisoners of the Sky「七つの大罪天空の囚われ人, Tenkū no Torawarebito」 is the first movie based on the manga and anime series Nanatsu no Taizai, by Nakaba Suzuki. The movie premiered in Japan on August 18, 2018.

"We are in a world where the Fairies, Goddesses and Demons exist. The ones who saved the Liones kingdom that was brought to the brink of destruction by the Demons' secret maneuvers were the legendary order of criminals and knights "the Seven Deadly Sins" and one princess. And some time has elapsed since the peace was brought to the Liones kingdom.

To celebrate the kingdom's anniversary, the Seven Deadly Sins arrived at a border territory looking for an elusive ingredient, the sky fish. In the middle of searching it, their captain Meliodas and the pig Hawk who speaks the human language get sent up to the Sky Temple, the celestial world lying high in the sky, above clouds.

The "Sky Winged ones" who possess wings dwell that temple. Meliodas was mistaken by them as the young boy who broke a law and thrown in jail. In the Sky Temple is being prepared the ceremony aimed at preventing the liberation of the ferocious beast that has been sealed away for three thousand years. But the strong Demon group "Six Knights of Black" led by Bellion turns up with designs against the Sky Winged ones' lives in order to break the seal. To protect everyone from these inhumanely cruel guys, Meliodas and the others clash against the Six Knights of Black." 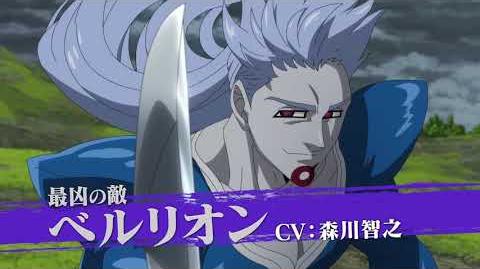 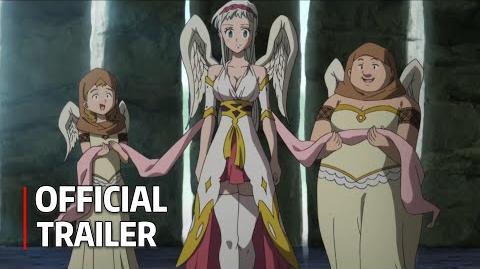