Transpork「 Toransupōku」 is Hawk's inherent power. It gives him the ability to take on the traits of any magical creature he consumes.

Whenever Hawk eats (part or whole) a magical creature, he will gain the same power and traits as the creature, even gaining a similar appearance. The transformation will wear off once Hawk empties his bowels, flushing the source of magic from his body.[1] 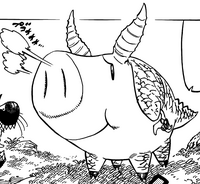 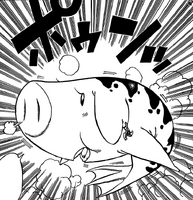 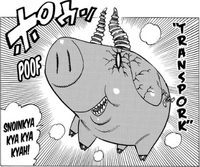 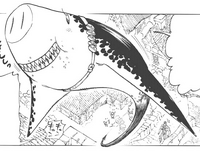 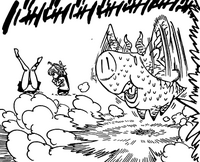 Retrieved from "https://nanatsu-no-taizai.fandom.com/wiki/Transpork?oldid=154618"
Community content is available under CC-BY-SA unless otherwise noted.